WordPress CMS is one of the most popular and frequently using blogging platform because it is an open source Content management system (CMS). PHP and MySQL power it. The WordPress was first introduced in 2003. Matt Mullenweg is the founder (who is also the founder of WP parent company AUTOMATTIC).

To start a new blog with lots of text, media, Bluehost is the best option, and it is the recommended selection of WordPress developers.

There are 47,715 plugins are available in the plugin directory and which have thousands of themes also. Index of the Article

WordPress Versions with its features:

The WordPress CMS versions and its features are

This version is released on 3rd January 2004. The core developers shared their love of Jazz music. So the developers named the version in honor of Jazz musician Miles Davis. Nearly 10 sub updates update released.

The Second version released on 26th December 2005. Information downloading feature added in this version. The versions released are named in honor of jazz musician Duke Ellington.

The version is launched on 17th June 2010.  The versions released are named in honor of jazz musician named for Thelonious Monk to the public.

This version was released on 4th September 2014, named as “Benny” in honor of Jazz singer Benny Goodman. The other names are after 3.9 and before 4.1. This version gives excellent user experience in smoother writing and management experience.

The latest version of WordPress is 4.6. The blog was released on August 16, 2016, in honor of jazz musician Pepper Adams. This blog is running on the same version.  Still, now the running subversion is WordPress 4.6.1. This is present running a version of the WordPress CMS. It was released on September 7th, 2016.

Why Don’t They Sell this CMS as a Software?

We often get asked why don’t people and companies behind WordPress sell it? If the CMS is as good as everyone says, then they would obviously make a lot more money by selling it.

WordPress CMS is a free venture group where a significant number of skilled individuals have worked hard to create it into a great application.

The WordPress CMS is completely free to use. You may download and install into your server without paying anything. To do this, you need to buy a web hosting.

The cost of using this is relatively minimal and hold right for running any other type of website as well.

I recommend Bluehost web hosting the best option. If you want to know more details about Bluehost, you can read my Bluehost Shared hosting review.

Bluehost is one of the most popular web hosting services around the world. It is providing the best customer and Technical support for their users. Still now more than 2 million users are already using this hosting.

Bluehost doesn’t provide any coupons to get this Bluehost discount, just all you need to do this follow this link to grab the discount in your hosting purchase.

Here I am sharing special features from Bluehost services and discounts,

Grab the deal 66% off on Bluehost Hosting What other people are Reading?

Beginners Guide: How to Install WordPress theme from WordPress dashboard How to Promote Your Blog Posts for better Traffic and Ranking? How to Backup a WordPress Website for Free? (Step by Step Guide)

Google Panda Guide: How to Recover from Panda Update 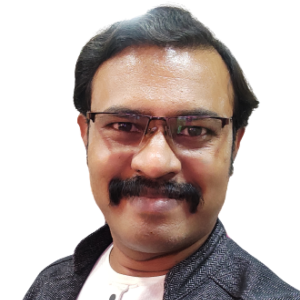 Satish Kumar Ithamsetty is a full-time blogger since 2009. This blog is to support every blogger & Marketer. He helps 100+ new bloggers and 10,000+ readers by this blog. He writes on Blogging, SEO, SMO, etc. Facebook | Twitter | YouTube | Read More About Me
Disclosure: This post contains affiliate links which means if you click on one of the links and purchase an item, we will get some commission (However you won’t be charged extra). The reviews are written based on our own experiences, we were not paid for these reviews.